Today the aerodrome is designated as a private unlicensed airfield with an underlying planning permission for the erection, repair and flight testing of aircraft.

Alongside the aerodrome, 500,000 sq. ft of redundant buildings left behind by BAE have been transformed and rejuvenated to provide a home to over 100 local businesses, employing around 1,000 people. The business park is unique in being able to offer large open spaces, various different sized buildings and roadways and runways ideal for car testing and filming.

Expansion of the business park progressed substantially in 2015 with planning consent for 9,966 sq. m. of new industrial buildings. This development of 25 warehouse and production units was completed in 2017 and named the Simpson Buildings, after the late Duncan Simpson OBE, fighter pilot and Hawker’s Chief Test Pilot from 1970 to 1978. He saw the Hawk through from the drawing board to conducting the first flight in 1974 at Dunsfold Aerodrome. The units are now over 85% let to a variety of businesses including The Surrey Copper Distillery, Grant Handling, Gordon Murray Automotive and JigsawPlus.

Alongside the businesses, Dunsfold Park is also home to the infamous Top Gear team and has acted as a backdrop to a number of small screen and Hollywood blockbusters, including World War Z, Casino Royale, the Da Vinci Code, Fast & Furious Presents: Hobbs & Shaw, Kingsman 2 and The Crown.

In 2018 planning consent was granted for the comprehensive redevelopment of the aerodrome into a sustainable mixed-use development. The vision is to deliver a ‘new Surrey village’, with 1,800 new homes being accompanied by new employment space that complements the existing, and a range of services and community facilities for residents. Proposed facilities include a school, health centre and country park, which will be delivered alongside a comprehensive package of transport improvements. For more information on the masterplan please click here. 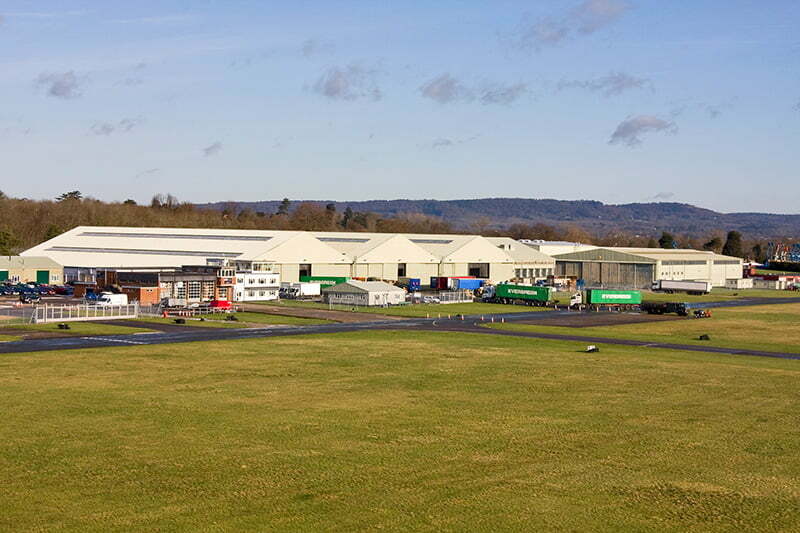